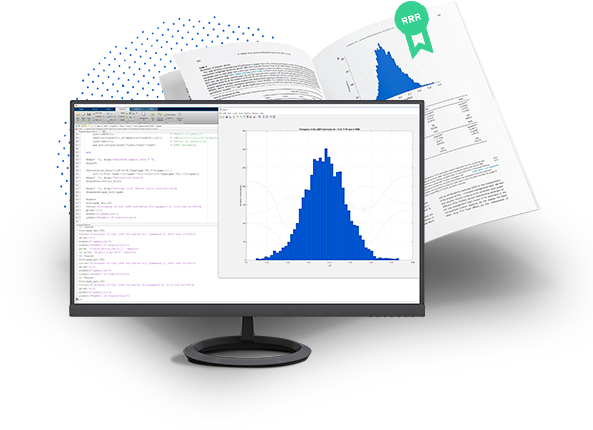 According to the definition proposed in the pioneering works of Claerbout and Karrenbach (1992) or Buckheit and Donoho (1995), a scientific article is considered as reproducible if the authors provide all the data and computer codes necessary to repeat the same analysis and to obtain the same results. The idea of ​​reproducibility can be summarized by the equation "same data + same method = same results" (Barba, 2018).

Reproducibility contrasts with the concept of replication. A replication study is conducted from the collection of new data / experiments and can be implemented eventually with other methods (Peng et al., 2006). Thus, one can summarize replication by the equation "new data and/or new methods in an independent study = same result”

What is not covered by our certification

The cascad certification is currently limited to academic and non-academic studies in economics and management. We plan to extend the certification to other scientific disciplines in the near future. If you are interested to help us to promote cascad in another scientific field, please contact us.